Recruiting Salespeople: The Personality Trait of Goal-Orientation Sets the Pace of Work

by .(JavaScript must be enabled to view this email address) | on January 24, 2012 | about Recruiting 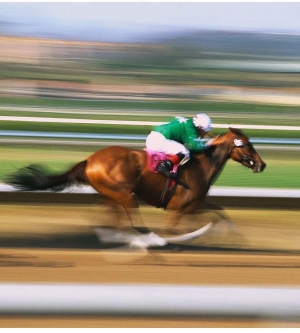 When recruiting salespeople, Goal Orientation is one of the most important hard-wired personality traits that will help a sales leader understand the way a salesperson will approach sales tasks. The scales on this trait range from laid-back, even paced on the low side to restless, with a sense of urgency on the high side.

Work Ethic is one of the most important, learned character traits that impacts Goal Orientation.

High amounts of Work Ethic will keep the high scorer on the Goal Orientation scale focused on important tasks and disciplined when bored.

“Racehorse” is the term used to describe this person who approaches sales tasks with an intensity and restlessness.  They work on short term goals attached to a task that ultimately leads to the main goal.

“Unfocused” is the common word used to describe the salesperson lacking the character trait of Work Ethic and the personality trait of high Goal Orientation.  The low work ethic salesperson who gets bored with phoning for appointments schedules a lunch with a friend to explore an additional business opportunity to supplement their income.  The unfocused, highly Goal Oriented person has many plates spinning and a floor full of broken plates representing unfinished projects.

High Work Ethic keeps the low scorer on the Goal Orientation scale moving at a quicker, even pace and focused on shorter term deadlines.

“Plow Horse” is the term used to describe this hardworking, plodder who stays steady and even-paced until the job is complete.

“Lazy” is the common word used to describe the person who lacks Work Ethic and has a low score on the Goal Orientation scale. This person did not learn the relationship between productivity based on visualizing the end result necessary for success and the steps necessary to achieve the end result.  Since they lack the natural sense of urgency, are slow paced and lack work ethic, they put forth the least amount of effort and depend on others to supply their needs.

When recruiting salespeople, remember many studies show that most successful high activity salespeople have a combination of high work ethic and high scores on the Goal Orientation scale of the Craft Personality Questionnaire.

In my upcoming blogs, we will look at the personality trait, Need for control, and the impact this trait has on executing the sales process.

Blessings upon your recruiting efforts.

If you are not subscribed to this blog, enter your email address in the upper right area of the blog page.

Steve Suggs is a partner at Sales Manage Solutions, a sales consulting firm focused on training sales managers to recruit salespeople and coach them to greatness. You can also read Steve’s sales productivity blog.

Our montly sales numbers were all over the place. No consistency and no way to track what was going wrong.

SalesActivities.com brought in so much work we had to stop looking for it for 2 months!