Three Reasons for Having a Good Recruiting System — My Personal Story 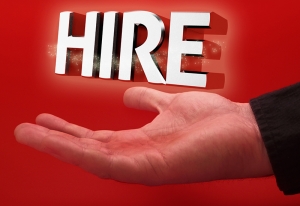 Here at Sales Manage Solutions we tell people that it is very dangerous to hire people on "gut" feelings.

Oh sure, we do our screening and we ask for the references. We feel we are pretty tough on interview questions.  But still we can end up hiring someone on a "hunch" or just because we like them or because they sell us first.  Let's admit it, we are usually not very systematic.  And we often end up paying for that mistake. Sometimes it costs many thousands in the long run.

Let me tell you my short story and then I'll share the three reasons not to do that anymore.

Some years ago, I took a new job as Director over an entire division at a media company. It was my task to set up and run an entire advertising group, as well as run the web sites for the company (we had several).  The web site part was pretty easy. I am good at that.

I thought I was good at the sales leadership part too. I had been in sales in one way or another for years. I had owned and run a bookstore for seven years. I had started a small media and communications company with a business partner and had been semi-successful at it. I felt I was good at hiring.

My first big task was to hire an advertising manager. We had to sell ads online (and to supplement the newspaper ads also) to support our division. It was a big challenge. We had a seven-figure budget to make up for, plus profit.

We owned five newspapers, so it seemed easy to rely on the (free) job board postings we had. I wanted to see what they pulled in. We got lots of prospects, and some of them seemed quite good. I enjoyed going through the resumes and doing the screening emails and a few phone calls. This was going to be a piece of cake.

Long story short, and I'll cut to the chase. The man I settled on seemed a sure bet. He knew the area very well. He had owned a business himself (retail) for over ten years and knew how to sell. He had closed his store and was looking for a good leadership position in sales.  I interviewed him, brought in our CEO with me and did another interview and I hired him. I was excited.

I have to add here, my boss was neutral on him and asked me if I should not look further. But I felt confident and was in a hurry to get started.

It was a disaster.

It turned out the hire was not totally honest about some things, mostly in his reporting to me. Some people also thought he was overly ambitious to climb the ladder, even though I had told him there was little chance of promotion within our division because we were like a startup.

He was good at telling a "sales story" but not as good at closing as we needed. He and I set goals for prospecting, but he could not meet the need. His background had been in retail sales, where you wait for people to walk in the door. In our group you HAD to go out and prospect. You had to be a hunter by instinct, not a farmer tilling the crops.

The sales team that he hired, with only some oversight by me, was not able to function well under his leadership. Only one of them stayed more than a year and she did so by working across the lines with another division as well.

As many media companies did in those rough days right before the crash, our company went up for sale. Our division was merged with the main company and I and most of my team left.  The sales disaster we faced was mitigated as a more experienced team took control of the web ads as well as the other advertising the company did.

I learned a very hard lesson. I was wrong, was not the judge of character I thought I was, and really did not know how to recruit good salespeople for an organization that size.

— Fast forward to the present —

Here at Sales Manage Solutions we teach businesses and HR departments of all sizes how to source and recruit sales people who can sell.  We use a system that really works. It takes a lot of the guesswork out of the process and best of all takes the recruiter's "hunches" and emotions out of the process.

The system is based on the CAMPS model developed by our founder Lance Cooper and our EVP Steve Suggs.  The system tests for Character — Attitude — Motivation — Personality and — Skills. It uses a scientifically validated and benchmarked assessment validated against similar testing of successful sales producers from a number of industries. It also teaches and audits a very rigorous sourcing and interviewing methodology that eliminates much of the guesswork.

Now, here are my three reasons for recommending that you move to a system like that:

I hope my little story helps you. As I work with this great training company, I often wonder what a difference it might have made had I used a system like this when it was MY turn to build a strong sales team at a critical time in a company's history. It would have made a huge difference.