What Happens When You Recruit Truthful People First

by .(JavaScript must be enabled to view this email address) | on December 05, 2018 | about Recruiting 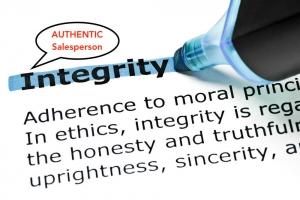 A reputation can be a good thing…if you have one for being the life of the party.

It’s not so good when it’s for stretching the truth. In fact, it can be a future sales destroyer.

That’s why if you hire people without integrity, you’re going to want to listen up.

While insincere employees may not seem like a big deal, it can be symptomatic of larger personality disorders in the organization - like low work ethic and irresponsibility. Those whose internal compasses do not point themselves toward the truth tend not to work hard, own what they do (responsibly) or treat others well.

On its own this would be bad enough, but the news gets worse.

While embellishing beyond the truth may not be a big deal to some in sales, it's a symptom of a rep missing a special trait that the Harvard Business School insists is present in high-performing salespeople - humility (91 percent of top salespeople had medium to high scores of modesty and humility). Its deficiency, closely connected to selfishness and pride, tends to cause people not to develop the ability to form long-term relationships with customers, losing their repeat sales and referrals. And, as a lack of integrity spreads throughout an organization, a brand's reputation and value decreases.

Recently, on a phone call with a CEO, COO and Recruiting Director, I learned that this lack of integrity was prevalent in their entire market segment causing a transactional culture that turned employees over and caused them to speak negatively about a career in the industry. This caused those responsible for recruiting to devalue their value-focused company and to “sell the career” to potential new sales candidates. They felt they had to fight against marketplace negativity to hire “good” employees.

Fortunately, there’s a solution that will help you fight this and develop a better company.

Don’t ignore your lack of repeat business and high customer ratings any longer—the lack of truth displayed by your organization could eat away profits and viability against economic downturn over the long-term while returning short-term profits today. Think NOT the news we've seen about Wells Fargo or Enron.

Instead, decide to recruit character (truth) first by designing and learning to use work samples and structured interview questions that screen out job candidates with negative traits and keep those with outstanding ones.