by .(JavaScript must be enabled to view this email address) | on August 18, 2010 | about Coaching 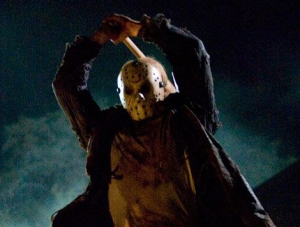 You and I - we are complex.  Things motivate you that I don’t even care about.  The salespeople we lead are the same - weird, different, unique, one-of-a-kind human beings.  To lead them in a way that brings  great spirit to their performance requires knowing them as individuals - their needs and motivations.

Go read Tribal Leadership by David Logan and John King.  Visit their website.  Basically, they see organizations, people, and sales teams existing in one of five stages - each progressively better for themselves and for society.  Our next “sales leader’s coaching style,” a stage II or III leader, while having its positives, creates fearful, anxious, or angry reps and contributes to turnover or unproductive actions toward prospects, customers, or co-workers.  We know the leader with this leadership style as “Control Freddy.”
.........................................
Freddy is going to get you (just like in the movie Friday the 13th).  He’s now your sales boss.  Freddy counts stuff and put it in a results-oriented system including the people.  He just does things one way - his.  He doesn’t miss a thing and he doesn’t expect you to miss either - or make a mistake.

Freddy doesn’t care much about your mother or your dog.  He hasn’t got any empathy for hurt feelings.  Just do what he says or he’ll move you out.  And, at all costs get it done.  Make the money.   You can hear him saying, “You are $2021 behind goal y-t-d.  Why can’t you close sales at the 35% rate or higher?”

Years ago, I remember putting together an important presentation with slides, etc.  My boss wanted to see it before I presented.  I remember returning to my desk soon afterwards to find my marked up presentation with a new order of slides - HIS order.  He did not say boo, hi, or have a nice day.  He just put it on my desk and basically said, “Do it this way - my way.”

Under this kind of leadership, salespeople quit.  Turnover occurs.  They also talk about the system behind Freddy’s back.   But the machine just keeps moving.  You have to get into the system - Freddy’s system - or his system runs over you.  There’s not a lot of fluff around Freddy.  Just cold hard facts and figures.

As we look back through the previous posts, we see that Rah-Rah Sally, Passive Pete, and Control Freddy lack the perspective of each other’s values.  They miss important elements of a healthy environment.  They really need the best of each other.  And, if they grow into level 5 sales leaders, they’ll find this balance.


Jim Collins, in his book Good to Great, tells us about leader traits within companies that made the leap to greatness.  Humility emerged as a surprising but top of the list character trait.  When humility is impressed into the heart of a leader, salespeople receive praise, encouragement, process improvement, AND a results-focus - one that is good for themselves, delivered with humility, and received with dignity.

The greatest leaders and coaches in the world operate with the best of Sally, Pete, and Freddy.  You can grow to appreciate and learn from their competencies as well.   Do it.  Lance.