What CEOs Worry About in their Sales Force: 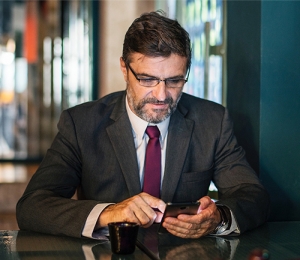 At a recent trade show I found myself eating breakfast at a table with two C-level executives. One was from the western US and was the CEO of a company he had built from the ground up with his own hands. The other was president of a fairly large New York city firm ($200M) that is a leader in their industry.

As discussions swirled around various topics, they settled on one area: How to optimize the sales culture and effectiveness of the sales teams in their companies.

They both wanted to come and talk to us at our Sales Manage Solutions booth.

The leader of the smaller company was very interested not only in getting great new sales hires, but also in understanding his current staff. He is a real ‘people person’ and cares deeply about his salespeople, but admits that he needs help bringing the productivity up to needed levels.

The New York company president was intrigued with the discussion and started asking a lot of questions about how predictable a hiring assessment and system could be, what real results could be expected with a scientific hiring system, and what the legal implications were. She also wanted to learn more as soon as possible.

They were both talking about the same basic points: How can I understand my current sales people as individuals; how can I get a deeper look at them and sales candidates we are interviewing; and how can I build my business from “Good to Great” as the famous Jim Collins book describes.

We often think that C-level leaders leave all that worrying to HR or to the Sales VP or to the business development people. They don’t. They realize that such a huge culture change as we discussed at the table really starts at the top and works its way down. And they see it as a holistic system. It helps the people, the brand, AND the bottom line. Neither one of these two people separated recruiting systems from sales coaching systems. They both saw these elements (with even other things) as seamless — part of an organic whole.

When you think about it, that is exactly how a good business leader should see them.

As a follow-up, one of these two leaders has implemented a good system and is thoroughly assessing and learning about the entire sales force in their company. Many good things are happening.

The other one, as far as I know, is still looking.