Do Real Salespeople Say “If, Can’t, Or Try? 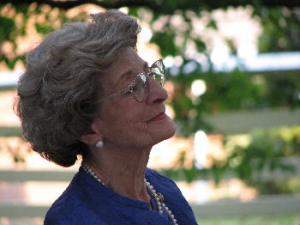 Today, while traveling from Knoxville to Memphis for Christmas, my mother-in-law called us on her cell phone.  Some of you are thinking that can’t be a good thing.  Actually, I’m lucky it usually is a good thing.  We are fortunate in several ways in our relationship.  Smitty is in good health, she can out walk most women on a golf course half her age (and beat them), and, to borrow an old metaphor, she is as sharp as a tack.

When Smitty was walking with my bride in the mountains, she later told everyone, “She (my bride) ate my dust!”  Smitty’s quick and she’s smart.  She loves deeply those in her family.  And, I admire her.

Well,  I’m not sure how we got around to it.  But, one of us said the word “If.”  As soon as the word surfaced in our conversation, Smitty said, “That reminds me of something that Papa used to say … He’d say, “No if, can’ts, or buts.  IF the rabbit had’nt stopped to pee, he would’nt have got his butt shot off!”  (just for the record pee and butt were substituted for the orignal syntax.)

To understand the context better, Italians in the Mississippi Delta were treated poorly – very poorly.  And, that’s where Papa arrived from Italy to raise a family of three girls.  In a legacy of hard work, eighteen hour days, 10-12 for someone else, and 6-8 sharecropping ground no one else would till, Papa earned a living and eventually land ownership.  For one Christmas, money to buy presents for his daughters was made by gleaning cotton land that had already been gleaned.  Leona Malavasi held a lantern while very late at night Odoni (Papa) Malavasi picked the plants with hands cut up and bleeding from the picking.  Three dolls were purchased for that Christmas which were so precious to the girls that they didn’t open them from their packaging.

Papa didn’t believe in using the word “IF, Can’t, or Try.”  Real salespeople don’t either.

There’s more to attitudes and beliefs than people think.  Have you ever heard an athlete on a championship team in the last 5 seconds of a game look at his coach and say, “I’ll try, or I can’t?”  How about in a war?  Do you expect the guy or gal next to you to say, “I’ll try?”

Do you think that a salesperson approaches an important presentation or any presentation with, “If only, or I can’t, or I’ll try?”  Don’t think so.

How about YOU?  What attitude is nearest to your heart?  The closest one to If, Can’t, or Try is fear.

Even Jedi Master Yoda, the famous wise creature of Star Wars had something to say about this.  “Do or do not, there is no try.”

Great salespeople give all they have to what they do without a hint of “I’ll try, If only, or I can’t.”  They just do and then do again and then do again.  There must be a reason that we win 2-5 sales of every 10 quotes and we lose the rest.  There must be a reason that Babe Ruth struck out nearly more times than he hit home runs (1330 to 714).  The reason … we aren’t perfect.  So, deal with it.  Work as hard and as smart as you can.  That’s all you can DO.

And, when we have a family or we are part of a team, it doesn’t matter what will happen.  It only matters to give all we have for the benefit of others.  To sacrifice our fears and our lives.  To give it all with freedom in the effort.

Now, go do this.  Hang around people who believe in this way.  You can get better.  Lance.