How to Achieve Your Goals AND Strengthen Relationships

by .(JavaScript must be enabled to view this email address) | on January 24, 2019 | about Coaching 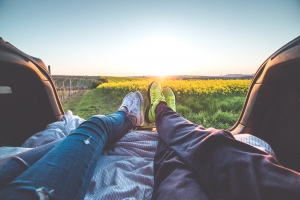 Recently, a young sales leader travelled several hours to spend the afternoon with me in Knoxville. Despite icy roads and the cold of the north winds, he arrived around noon. Alan Eason, our Director of Marketing, and I went out to lunch with him. To protect his privacy, we’ll refer to this guy as Sam.

A very talented man, Sam told us something was missing in his leadership style despite leading all market areas in team sales. Even though his multi-store region was the best in revenue per door, his people complained about him. Many were also quitting.

(Did you know, according to DePaul University, that “direct replacement costs can run as high as 60 percent of a salesperson’s yearly salary and total costs can approach 200 percent? With regard to organizational performance, there is a link between turnover rates and organizational success. That is, reducing turnover increases sales growth, improves workplace morale, and increases firm profitability and market value.”)

When his Regional Director sent a survey to the reps, they didn’t write about their success and Sam’s obvious intelligence for the business but about his lack of concern for them. The Regional Director (who actually cared about this) told him this mattered and was something he needed to fix. While coaching him, he recommended a book for Sam to read, gave him some advice and then expected him to get better.

You see every night Sam ran the numbers - all the numbers. The profit here, the money made there. The accessories sold and not sold. But, when he walked into a store, he walked right by the reps. Task focused and time efficient, he didn’t stop to say hi, ask about them or try to develop rapport. Thinking about other things, he offered no encouragement, no inspiration and no acknowledgement they were even present. They did not know what he thought of them or why he was in the store. Sam treated them like a customer who walks into a store and isn’t greeted or acknowledged while the reps busy themselves with other things.

No Relationship
The dollars Sam knew and he knew where the pile had grown, and he knew eight ways to make additional income and how all the other teams were performing compared to his own. He put the hours into what he loved - competing, being effective and making it pay, and when he spoke to other leaders they knew he knew the numbers. But he didn’t behave as if relationships mattered.
Sam did get better. Even though he didn’t feel the need to build rapport with the reps he did stop to say hi, chat and be present for a moment despite his lengthy to-do list and necessary tasks planned for the day. The Regional Director began to get comments from the reps about Sam’s new attitude and interest in them and all seemed well.

But something was missing, and it was stretching into his love life as well.

Like most leaders today who have personal goals but score low on a motivation directed at helping others win, Sam was ambitious. His personal ambition for upward number movement and money accumulation affected this development of “culture leaders,” and eliminated any ability to delegate to goal-achieving leaders who cared about the well-being of the sales reps.

If Sam was to have a life outside of work, and if he was to go to the sporting events of his future children, if he was to be present in a relationship with the person he loved and not lose her, he would have to achieve his professional goals, work less and enjoy time with his family.

But, Sam’s lack of empathy and over attention to the business was affecting his relationship outside of work - especially with someone he cared for. It scared him to think or losing this person, someone he could see spending the rest of life. He wanted to be his best at work. He wanted to remain driven, but he wanted to change to help others achieve at work while he also lived a life with his future family.

What do you think we told (young Scrooge) him?