How To Build A Great Team Culture 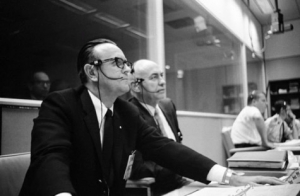 You hear it all the time in organizations these days, especially around firms trying to grow:

“We realize that we are losing people to a competing firm with a better culture.”

“How can we build a better company-wide culture?”

“We MUST build a sales culture.”

“We know that we have to onboard better and convince new people to buy into the culture.”

Maybe you have uttered this dreaded phrase:

“We have a great culture — but turnover is still pretty high.”

Candidates are in the driver’s seat now, not recruiters. It is not the same as a few years back. We all know that now. Your sales candidate may be sitting on two other job offers. They may have many choices.  They may not be motivated by money alone (even if your firm could afford the higher salaries and commissions).  They often want more.

They usually want to be part of a great ‘culture.’

You can feel the pressure. Your recruiters especially feel it. Perhaps you have come to realize that you must work to change your culture.

That is a tall order.  How do you do that? How do you grow a great sales and recruiting culture? Where do you start?  What are the best practices? What are the first steps?

This is the first in a series of posts on that very thing: How to do it.  We want to help you reach an extremely worthy goal — Change. Yes, you want a great culture. But some things must come first.

Building a great culture begins with change, often at the leadership level. It is not easy — but it is important. And it is worth it.  Making a change will not only make your business more successful. It will transform you and your employees into better people.

For our first step, let’s look at what kind of success our culture-building is trying to create.  Many believe that a great “culture” is simply a workplace where all are happy, where everyone likes each other and where there is a nice work environment.

Your firm may have this already. Maybe the word is out about how great the atmosphere is at your company. Perhaps some applicants seek you out because of your company “culture.”  They want to work and hang out there.  That is certainly commendable.

But the “Culture” we are describing goes much deeper than that. It is more centered on achievements than feelings. It is goal-oriented towards success. Both business success and personal success.  If anything, the great ambiance and camaraderie of a good work environment is a by-product of a great culture, not the cause of it.

A great culture — especially a great sales culture — is the result of having successful people, doing what they are competent to do, growing and winning as a team. Doing that right means a win for each one of them personally and a win for the company. Incidentally, it is also produces a big win for the clients and customers.

In this series, we will use a great leader the entire nation recently celebrated. He built an incredible team. He instilled a world-class culture into that team and they accomplished things that many believed never could be done. To this day, fifty years after their signature success, competitors have still never matched the feat.

His name was Christopher Columbus Kraft.

Eric Burger, in ARS Technical article in mid-July, wrote this about Chris Kraft:

Back during the earliest days of NASA, the head of the agency’s Space Task Group, Robert Gilruth, assigned Kraft the job of drawing up rules and procedures for safely managing the flight of a human into space, through the great blackness, and back to the ground. Kraft was to do all of this without the aid of a calculator or sophisticated computer and without any reference material. And he had to hurry, because the Soviet Union had already taken a big lead in the Space Race.

Kraft accepted the challenge. He faced it fearlessly. He built an awesome team and wrapped that team in an incredible culture.

He helped get us to the moon, before the end of the 1960’s, which was the time limit that JFK had set.

In order to accomplish this, Kraft had to find the right people. He had to train them. And he had to somehow create the right culture in which they could succeed at doing things no one had ever done before. The stakes were incredibly high. The rest is history.

This past summer, we celebrated the 50th anniversary of that July 1969 landing of Apollo 11. And we celebrated the life and work of Christopher Columbus Kraft Jr. Shortly after that event this summer, he passed on.

We honor him and his team. And we want to learn from them. We want to build a culture like that — and have success.

Stay with us and we’ll look for you at the next installment.