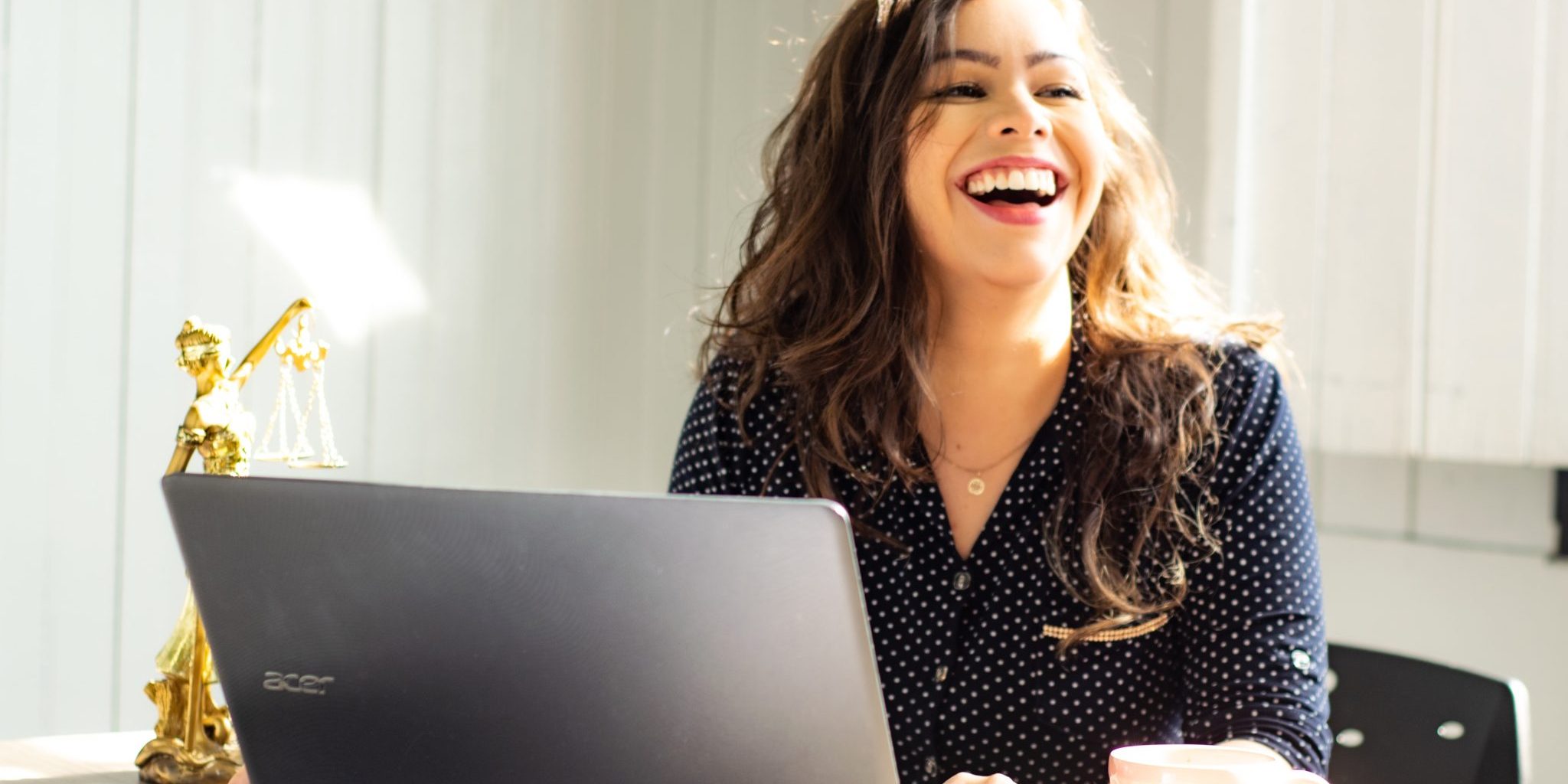 Sales managers and sales leaders like yourselves want to learn about what it will take to help a team or an individual achieve their goals. They want to learn the science and the coaching secrets to goal achievement.  Carol Dweck is the author of Mindset and the Lewis and Virginia Eaton Professor of Psychology at Stanford University. Carol along with Heidi Grant published a paper in the Journal of Personality and Social Psychology entitled “Clarifying Achievement Goals and Their Impact.”

In a moment, I’m going to present their work for you with a story of a typical foursome playing a round of golf and the four approaches they take to goal achievement. I’ll then move to examples in everyday life and on a sales team.

4 Unique Personalities on a Golf Course

Imagine a group of 4 golfers preparing to tee off at hole number 1. Each individual will interpret the next 18 holes of their playing experience and golfing achievement in different ways. We’ll call golfer #1-Tom, golfer #2-Mary, golfer #3-Jim, and golfer #4-Sue.

Tom takes his driver from his bag and walks across the grass to tee off first. In his mind, he senses the other golfers around him. He knows they are watching, and, even though he’s played for years, he feels himself become tense and focused on not “messing up” or on doing well. He wants everyone to know that he possesses golfing ability. Despite his experience over the years playing, he slices his ball out of bounds to the right. As he walks back to the golf cart, you can hear him mutter something like, “Why do I always start off that way?” If you were him, you would feel some despair within you, at times even anger. You would wish you could swing again to prove you have skills, and that you have what it takes to play this game at a level others would recognize—a level that would validate your ego. Tom is Ego-Centered.

Mary is next. She’s a new golfer, and she’s playing to learn. Mary stands on the tee box, and, as she swings with her best efforts, she yanks her head off the ball and tops it down the fairway. She thinks about this a moment, and she smiles with an unfazed look of enjoyment. Even though she’s a novice and not very good, Mary loves playing golf.  She loves the challenge of mastering something new. With an attitude of continued concentration and even-focused, determined concentration, she moves away and turns to watch Jim. Mary is Learning-Centered.

Jim wants to do well. He has played for several years and has an attitude similar to Mary, except he just wants to do well—to know at the end of the day that he did what he was capable of without comparing himself to a score on a golf card or to the others around him. He has an outcome goal connected to his own standard for playing and not to what anyone else does. He, and only he, will know if he plays well even if his final score isn’t as good as Tom’s, Mary’s or Sue’s. Jim tees off without any performance stress, and his achievement mood or attitude is similar to Mary’s. Toward goal achievement, Jim is Good Enough-Centered

Then Sue walks to the tee. In her mind, the day is about winning. She tees off with a strategic purpose in mind. But she mishits the first tee shot, and it slices off in the tall grass next to the fairway. This doesn’t bother her. She shows no negative emotions. Instead, she does something unexpected. She stands for a moment and re-pictures a better swing and a better outcome. She looks one more time down the fairway, calmly walks back to the cart, and places the driver in the bag taking time to put on its protective cover. She does this with a practiced intensity. She stopped to learn what there was to learn, and, now, she’s on to the next shot and what that shot takes for success in today’s game. Sue is Competition-Centered.

Tom keeps score in order to prove he has what it takes—to validate himself, to strengthen his ego, and to assure himself and others that he possesses the ability to play well. Mood swings accompany his performance, because he allows his present attitude to be shaped by his last shots. When he’s doing well, he often continues to do so. Today, however, as he begins to miss shots from the start of play, he thinks about and allows his focus to dwell on his missed shots. This will lead to a feeling of helplessness and negative self-talk, perhaps even with personal and verbal descriptions and displays of anger on the golf course, even as Mary attempts to encourage him.

On the sales team, he reacts the same way as he prospects for new business. He’s very smart, works hard, and occasionally has good closing percentages.  Yet, he’s not consistent, and, when he misses a sale, he gets depressed with himself and plays out the loss over and over again dwelling on his poor sales skills. This demotivates him which in turn leads to further poor performance.

As his sales leader, you understand that this can occur, so you watch him with care. You work to nip this in the bud by making sure you mention to him the strengths you see and by refocusing him on the use of his strengths in his upcoming appointments and with closing his deals-in-progress. In other words, you assure him that he has what it takes and that he will succeed in the work yet ahead.

Mary, in her approach to what she achieves today with golf,  just wants to learn more as she stays positive to the adjustments she can make to the ball and the continued challenge that playing provides her. She approaches most everything she does in this way—even sales. Losing a sale is just a learning experience for Mary. Because of this, she’s very open to coaching from her sales manager, watches YouTube videos to learn more, and reads books on interpersonal sales skills and activity management. Over her years, she’s at times been a top salesperson on her team, but she is usually in the middle or upper third because of how she approaches her work without any reflection on her position on the team or on clear and specific goals for herself.

As her sales leader, you help her with clarifying how what she learns will be used to hit specific sales, income goals, and the money that will provide for important things in her life. You will also help her track her goal-achievement progress and how what she learns leads to mastery, consistent sales, and income outputs.

Jim, different from everyone else,  just wants to do well according to his own standards of enjoyment. Each week when he plays with the others, he performs about the same—same distance with his driver, same number of greens made in regulation, and the same number of putts made per hole. He plays relaxed and with a consistent and pleasant attitude no matter what he does while playing.  He is the same on the golf course as he is at work. Nothing seems to motivate him beyond his own standards.

As his sales manager, you realize this, and, as long as his performance is good enough to remain on the team, you do not stress yourself with him by pushing him to higher aspirations than he wants. You simply let him know you appreciate his efforts, work and stable performance.

Now, we turn to Sue. She’s the competitive person in the foursome. She wants to win, but winning doesn’t define who she is or feed her ego. Losing or making bad shots doesn’t cause her to feel helpless or debilitated. It doesn’t lead to her perceiving herself with low ability. Instead, losing or being behind, leads to her thinking about ways to recover and regain the lead. In other words, it leads to finding alternative ways to win or a stronger focus on important and winning actions.

As her leader, she doesn’t require much management. If anything, she just wants you to help her figure out the right path or the right changes to help her finish in first place. This could even mean higher goals for herself and new ways to be efficient and more consistent at a higher level.

So, take a look at your sales team. Who loves to learn? Who loves to compete? Who loves and needs their ego and ability validated, and who just wants to do good according to their own standards?  Remember, these people even go to a gym to workout with different motives.

These four types of people show up on golf courses, in fitness centers and on sales teams. Their approaches to goal achievement appear in the strategies of your children and the sales managers who lead teams in your company. The people you see and lead want and need different things to manage their performance at a high enough level to attain and remain at different levels, from low to high, on sales teams.

Here are some starting points and questions for your leadership. Do you know the number one motivation for each of your reps? Find this out with foundation interviews and by observation. Why do they do what they do? How do they approach goal achievement? How can you support them and help them increase their incomes or at least sell at levels that will be good enough at home and at work?

The best sales leaders in the world know how to support each person to help the team achieve more. You can too.