The Power Of Purpose When Selling 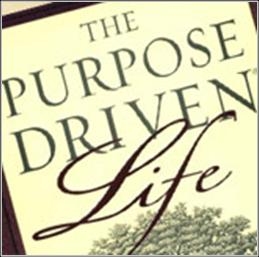 What’s the purpose of a salesperson at your company?  To sell phones, software, advertising, widgets, services and products, and to sell them above a magic number?

Years ago I attended a luncheon and remember a speaker who had a dramatic impact on my life. This man among other things had worked with drug and alcoholic dependent young people in Chattanooga, TN. When he worked with these teenagers, he would ask them a series of questions. As best I can remember, here’s what he told us about one afternoon session.

Standing in a classroom, he picked up a familiar object and asked, “What the purpose of this wastepaper basket?”

“To put trash in!” a young man exclaimed with some degree of arrogance.”

“No, he replied with an even tone and a smile, “That might be its function – to have trash put in it, but that’s not its purpose.  What’s its purpose?”

After a few tries, one of the kids offered, “To keep the room clean?”

“Yes, he said, but to keep the room clean for whom?”

A young man in the front row raised his hand and said, “The people?”

“Yes, the speaker replied, the people … the wastepaper basket keeps the room clean for the people.  That’s its purpose.”

He then hugged the newspaper basket and asked, “Now, doesn’t that make the wastepaper basket feel better knowing its purpose is to keep the room clean for the people and it’s not in sitting there having trash put in it?

The man turned and and pointed behind him, “What’s the purpose of this blackboard?”

Someone called out, “To write on.”

The man smiled and said, “No that might be its function  – to be written on, but that’s not its purpose. What’s its purpose?”

A girl in the back of the room raised her hand slowly and said, “To help people learn.”

Yes, he replied with a smile as he tried to hug the board, “Now, doesn’t that make the blackboard fee better?  It’s purpose is to help people learn not just to be written on.”

He paused.  He took a step toward everyone. In a very quiet room, he asked, “What your purpose?”  After a slight pause, he asked, “Is it to have trash put in you?  Is it to be written on?  Again he repeated, “What’s your purpose?”

People sat around me that day at lunch – people who worked as bankers, attorneys, salespeople, business owners and in various other roles.  I recognized that the best of them, the ones making a difference for their customers and clients, knew who they were, what they were about, and how they helped people. Their values and beliefs were a reflection of the purpose they lived out in their lives.  Attitudes and behaviors followed and over time created reputations of service and excellence.

For example, a financial consultant works to protect and grow the fiscal health of a family or a business.  That’s his purpose.  He is more than someone who buys and sells stocks or does financial planning.

An attorney works to make sure a client receives all the just benefits that proper legal representation provides under the law of the land.  He give them a greater peace of mind during difficult circumstances.  The purpose of an attorney is not to go to court or to fill suit.  That’s a job duty and not a statement of purpose.

But, what’s the point?  Why does purpose matter?

Helen Keller said it another way.  “True happiness… is not attained through self-gratification, but through fidelity to a worthy purpose.”  Worthy meant having some nobility or meaning in the lives of others – providing a benefit or a solution or a service.

So, what’s the purpose of a rep at your company?  Is it to sell stuff at or above a minimum amount?  Is it to win contests?  Is to be employed?  Of course not. Those efforts without purpose or direction produce a fleeting inspiration and no real lasting motivation.  Why? Because they have nothing to do with helping people.  Every rep I’ve seen without a strong purpose toward people eventually falls off in production, has minimal to no referrals, and begins to blame someone for their lack of performance.

Now, go out and be a committed and valuable rep to those around you.  It will make a difference – a valuable one.  Lance.