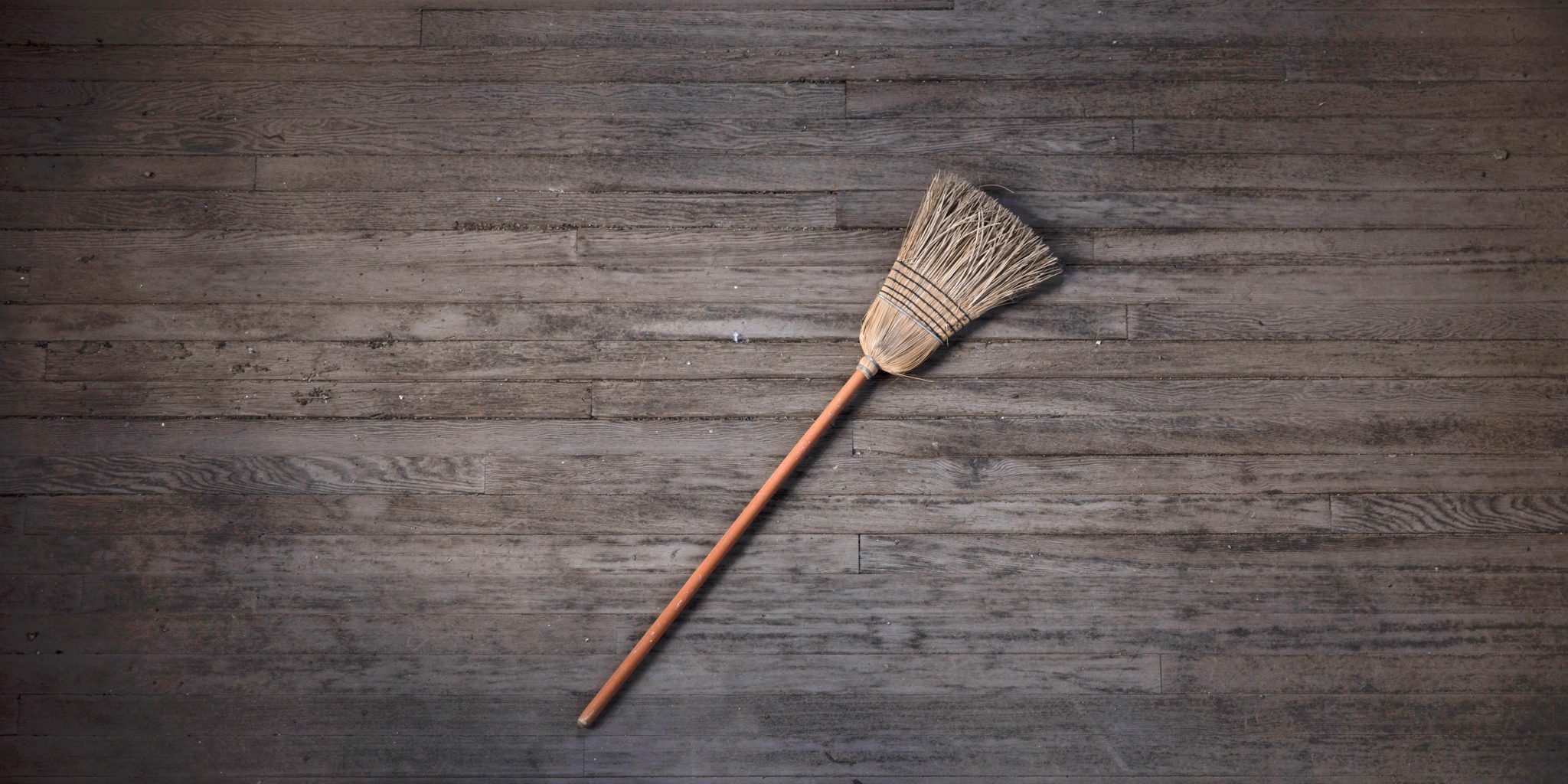 In May of this year, the Wall Street Journal published two articles about work. The first was titled “In This Economy, Getting Fired Takes Hard Work,” and it started with these words, “To hold a job these days, workers seemingly need one essential trait: a pulse.”

“You’d have to be incredibly lousy” to get fired as a software engineer at the moment, says David Cancel, who employs roughly 700 people as chief executive of Drift, a Boston-based marketing firm that uses artificial intelligence. “Most companies—and us, in some cases—are keeping people who wouldn’t be on the team in a looser market. The standards would be higher.””

But, it may be different for small businesses and for sales teams, because further in the article we learn … “To figure out how bad you can afford to be at your own job, ask yourself this, says Benjamin Friedrich, associate professor of strategy at Northwestern University: “How valuable is what you do for the company’s bottom line?” If you’re not terribly important, then your performance (or underperformance) isn’t likely to hurt much, and the irony is you may be worth keeping around in some capacity. Dr. Friedrich says he hears from companies that are assigning menial tasks to so-so employees, instead of terminating them.

The stakes are higher for people in bigger roles. Several human-resources specialists told this article’s author, “that executives who post disappointing results may be in jeopardy because their failures are more costly.”  And, low sales results are more costly for sure.

Yet, the article ends with a statement by a top performer who watches the subpar performance on the team and says, “Why should I do my best anymore?”  So, to those reading this blog, be sure to read what I wrote about standards and their importance. The title is “Good People Will Fight to Make Helpful Standards.”

Now, what does this have to do with Terry Crews, that muscular guy we all see behind the America’s Got Talent curtain encouraging the contestants who hit the stage?  You may or may not know that Terry was in the NFL for awhile on the Los Angeles Rams, and he was signed in 1991 for $75,000. Terry wrote the second article in the Wall Street Journal, “The Job that Taught Me the Power of Work,” as an essay that he adapted from his new book “Tough: My Journey to True Power,” published in May of 2022, by Portfolio.

“When I signed with the Los Angeles Rams coming out of Western Michigan in 1991, I got paid $75,000 as a signing bonus. At the time it felt like all the money in the world, but NFL contracts are game to game. Since I didn’t play a single game my first year, I had to make that 75 grand last the whole year. The rest of my NFL career went pretty much the same. I was a journeyman player, and I never made more than the absolute minimum.

After I retired from football in 1997, I moved to Los Angeles with my wife Rebecca, hoping to break into film as an actor. Rebecca kept saying, “You need a job.” I kept saying, “Hey, I’m still trying to make this thing happen. I’m a football player, a filmmaker and artist. What will it look like with me working at McDonald’s?” My pride wouldn’t let me do it. Instead, I was pawning everything I could put my hands on: Rebecca’s wedding ring, my watch. It was a bad time.

It got to the point where I was basically a dependent, all because I was too proud to go get a damn job.”

And, instead of getting one, he accepted handouts from his friend Key Harvey, who he played football with. Ken wanted to help him make it in Hollywood, so he gave him gold coins to cash out over a year’s time. But when Terry hocked his car, and turned to Ken for additional funds, Ken tells him he has given him all the money he can.

When Terry is turned down, here’s what Terry writes about his response.

“Hey, I understand,” I said. “No problem. I’ll talk to you later.” But what I said was not how I felt. In that moment, instead of being grateful for everything he’d done for me, I got mad. I have rarely been angrier at any human being than I was at that moment. The feeling lingered for only a few minutes, and then all of a sudden I realized, “Wait a minute. Why am I mad at the only person who’s been trying to help me in the first place?”

The reason I was so angry was that I’d become entitled. It was the same mentality that had plagued so many of the people I knew growing up in Flint, Mich.: “He got some, how come I can’t get some?” I was a grown man, but I was expecting him to take care of me. I’d become so dependent on that help that I hadn’t learned how to do for myself.

At 5:00 a.m. the next day I went over to a place called Labor Ready, which I knew about because I’d driven by it a few times. It was an employment agency where you could show up and wait and get assigned to work an 8-hour gig somewhere. The vibe at Labor Ready was basically like a halfway house. Many of the workers had just come out of prison. There were homeless people and drug addicts, too, dirty and scratching themselves. That’s when the realization hit me hard: I was no better than them.

The agency sent me to a factory, where I was handed a broom to start sweeping. The moment I took it in my hand, I thought I was going to die. I thought I was going to throw up. I could not believe how far my life had come down, from the NFL to this. I had tears in my eyes when I started sweeping. The voice in my head kept saying, “You suck. You failed. You’re nothing. Here you were telling everybody that you were going to be this big shot. Now look at you. You’re going to do this for the rest of your life.”

That moment broke me—in all the good ways. It brought me to my knees. It humbled me. It forced me to look myself in the mirror and swallow my pride. It forced me to do the thing that I was most scared of in life: I had to admit that I’d been wrong. Wrong about everything, but especially about money. I wasn’t entitled to it.

I swept that floor for eight hours. The first hour was pure misery, but as I swept, this magical feeling came over me: I was actually doing something about my situation. I was working. For the first time in my life. Don’t get me wrong, I busted my ass in the NFL. I killed myself out on that field. But I was never in control of what I was doing. In the NFL, the team signs you or doesn’t sign you. The team trades you or drops you. All you do is wait for the phone to ring so someone can tell you what to do. I’d been stuck in that mentality, waiting for someone else to help me or tell me what to do or just do everything for me.

But the moment I started sweeping, I wasn’t waiting for someone to call anymore. I wasn’t wondering when some big break was going to come my way. For the first time in my life, I was working. It felt so good. I swept every inch of that damn floor. I was getting in the corners, under the boxes. The busier I got, the less I thought about my troubles. I started thinking about the money I was going to get at the end of the day and the smile on Rebecca’s face when I brought it home.

I worked the whole eight hours, went back to Labor Ready and presented my slip to folks working there. My wage was $8 an hour, which came to a total of $64, which after taxes came to $48. They’d cash it for you right there, so when I left, I had $48 dollars in my hand. I put $20 in the gas tank, went home, gave $20 to Rebecca, and I had $8 in my pocket. It wasn’t much, but it was $8 that I hadn’t had the day before. I knew from that moment on that I would never be broke again. Because I knew there was no job too low that I wouldn’t do it to support my family.”

What a disparity between today’s employees and the experience of Terry Crews that changed his life. The emotions and turmoil in his story will make us, if we allow them to, look at ourselves and ask, “How hard do we work at the opportunity we’ve been given? What level of effort do we allow to remain on our teams? What attitudes do we endure instead of facing them off and, if no change occurs, removing them from our culture?”  We all need to remember that our top performers are watching, and the customers being served pay our salaries and deserve our salespeople’s best efforts.

As happened last week with myself and some sales leaders from a concrete repair company, we learned the impact of 4 nonnegotiable character traits—honesty,  hard work ethic, personal responsibility, and concern for others. The negative impact of these are dishonest, irresponsible, selfish, and lazy people on our teams. The negative impact of people lacking these traits is unacceptable.

I think Terry Crews is a hero for today’s young people and their sales leaders—someone who is an example of a better life deserved through the power of hard work.  I’m sure you’ll be that example for your reps, and, if you have them, your children.