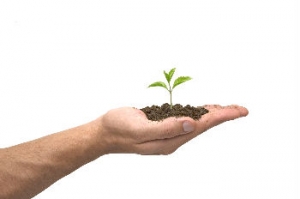 Ok – What makes up a great sales leader?  What did Jim Collins, author of Good to Great, discover about “Level 5 Leaders” – ones that lead companies to sustained growth, health, and profitability?  Surprisingly, the traits mentioned were more about philosophy than about competencies.  Beliefs and attitudes drove whatever systems were employed by the leaders in great companies.  And, that made all the difference.

I believe, as the researchers discovered with over 15,000 hours invested, that beliefs and attitudes drive the processes, tools, and skills we use for any endeavor.  That honesty, personal responsibility, hard work, humility, and a positive-we-can-get-better attitude produces the incremental changes necessary for greatness.  These are just character traits we have grown into as a result of upbringing, mentoring, experiences, and life changes.  They are beliefs and attitudes we have decided to accept at true about life.

Really, we want to lead greatness or we do not – the default is mediocrity or worse.

Today, I coach sales managers.  In a room of 10-20 of them, I find various levels of maturity toward being honest, positive, or humble.  Many are driven by a personal need for recognition.  Others by gaining control or keeping things at even keel and chaos free.  Still others think that good is good enough.  They do not flame the fire of greatness – they put a blanket over it without even a consideration of the benefits it will provide people.  Others are self-absorbed or lack staying power when things get tough.

In Malcom Gladwell’s Malcom Gladwell book, Outliers, he mentions the Chinese dominance over Americans in mathematics – not because of a lack of American propensity for it – but rather because of a lack of perseverance before a tough problem.  Chinese children last 40% longer while working on tough problems because of attitudes taught within the Chinese culture – ones like that of persevering to a solution when faced with producing food from a finite space available for rice patties.

For the last twenty-five years, I’ve observed the leadership styles of sales managers in various industries while training thousands of salespeople.  While spending months and even years with a sales team, I received a first hand look at the environments created by management.  I saw negative and positive cultures – lazy and hard working salespeople – authoritative, relaxed, and expressive sales managers.

In general, I narrowed down the coaching and sales management approaches to one of three.  The following are named in such a way so as not to forget their bad and good habits.  They are:

Which of these represent your approach to sales leadership?  What are the positive and negative tendencies of these styles?  Can you incorporate some of the positive traits of other styles?  How difficult will that be for you?  And, finally, how do the character traits of honesty, personal responsibility, hard work ethic, humility, and being positive affect a leadership style?

For now, ask yourself these questions, and write down some answers.  In the next three segments, we will explore each style and the actions that will to benefit your development.  You can be better.  Lance.