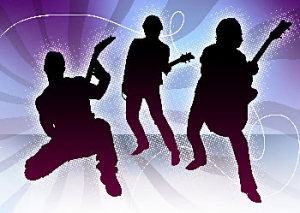 Research scientists have found “Social Drive” to be a core characteristic for high performing sales reps.  The scientists who create validated personality profiles may use different terms for being socially engaged.

Salespeople who are driven socially will want to be out among people in networking events. They love to go toward people – especially if their social confidence is high.  Top performing reps ‘need’ social interaction with people for ANY of the following reasons …
– Competitive drive
– Recognition
– Emotional connection
– Word bantering (talking)
– Goal drive (money: another core trait driving a great salesperson to ‘go be social’)

This rings especially true for high activity salespeople with sales cycles of 10 minutes to 90 days. The best of these work hard at continuously bringing new prospects into the top of their funnels. It is less true for major accounts salespeople. While the best large account reps do prospect and network, it is less on a grand flat horizon and more on a targeted and strategic basis.

(Additional note: High-activity salespeople often have a low detail orientation and a disdain for step-by-step process, and we can help their sales performance with coaching suggestions for consistency in social networking.)

If a salesperson’s social drive is low, you may see the following behaviors.
•  Waiting on prospects to come to them.
•  Going home after a 9 – 5 day, done, finished.
•  Procrastinating follow up activities.
•  Avoiding social interaction at gatherings.
•  Preferring to do detail work during prime prospecting time.

Regarding other professions, I think it’s easy for all of us NOT to think of engineers and accountants as socially driven. And, the research bears this out.  Most are not.  And, while we can all think of someone who breaks the mold, the bell shaped curve of people in these ‘analysis and thinking’ professions shows them not as likely to ‘socialize.’ (They actually have to remove themselves from social activity to recharge their energy. Doing things social drains their life battery.) And, that’s my oldest son, Matt, the mechanical engineer. Other family members can socialize, FOREVER.

Make sure the profile you use provides a percentage range (1-100) that show social drive intensity.  High-activity salespeople naturally reside in the upper range.  They prospect with less stress especially with high amounts of goal-orientation and social confidence.  (see craftprofiles).  Recruit with greater certainty and choose social drive as a top trait for great performing salespeople.  Lance